ONE Academy of Dance has been training dancer for 11 years now. We are so amazed at how God has blessed our school and advanced our program over the years. Dancers trained at ONE Academy of Dance have been invited to prestigious summer programs such as The Royal Ballet (England), American Ballet Theater (NYC), Oklahoma City Ballet, Ballet West (SLC), Kansas City Ballet, Sarasota Ballet, Houston Ballet, Boston Ballet, Atlanta Ballet, Cincinnati Ballet, Oregon Ballet Theater, Pittsburgh Ballet Theatre, Nashville Ballet, Texas Ballet Theater, Alonzo King Lines Ballet, Harid Consevatory, Cary Ballet Conservatory, Alvin Ailey, Hubbard Street (Chicago), Arch Contemporary Ballet (NYC), and Peridance (NYC).
Meredith's oldest daughter was awarded a full scholarship to the CCA's International Student's Summer School where she was also awarded the Advanced Scholarship, the Carolyn Trythall Scholarship in 2017.  Morgan competed in Youth American Grand Prix as ONE Academy's first student to compete in this international competition and placed in the top 12 in the Contemporary category.  She was also invited to year round programs at Pittsburgh Ballet Theater (2016, 2017), Oregon Ballet Theater (2018) and Kansas City Ballet (2018). Morgan went on to be a trainee with Nevada Ballet Theater and then Oklahoma City Ballet, where she currently dances with the Oklahoma City Ballet II. Meredith's youngest daughter, Madison, received the a full scholarship to the CCA's International Summer School in 2019 as well as a scholarship based on her artistry. She has attended summer programs with Colorado Ballet, Ballet West, and Philadelphia Ballet.​

Meredith believes that high standards of excellence combined with an environment where each students is valued as important and uniquely gifted, creates the recipe for students to succeed and even exceed their own expectations.

From Meredith:
We have a very special environment at ONE Academy.  We want each student that comes through our doors to feel valued and cared for and be challenged and pushed to do their best.  It is my relationship with Christ that gifted me with the vision of ONE Academy.  It has been by His hand that we have grown and advanced. My students see my real life journey seeking to know Him better and follow what His word teaches. There are ups and downs, successes and flops, victories and struggles. But His love is unconditional, never-ending, forgiving, healing and is the inspiration I use to do my best to lead ONE Academy.
- Ms. Meredith

"We have a very special environment at ONE Academy.  We want each student that comes through our doors to feel valued and cared for and be challenged and pushed to do their best.  It is my relationship with Christ that gifted me with the vision of ONE Academy.  It has been by His hand that we have grown and advanced. My students see my real life journey seeking to know Him better and follow what His word teaches. There are ups and downs, successes and flops, victories and struggles. But His love is unconditional, never-ending, forgiving, healing and is the inspiration I use to do my best to lead ONE Academy. "
​- Ms. Meredith 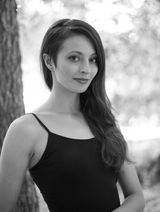 Inna Grudtcina, born and raised in Vladivostok, Russia, began dancing and performing at the age of 14.  Inna's desire to dance lead her across the world to perform and study with companies in South Korea, China, Spain and Israel. She performed as a principal dancer in shows in South Korea (“Cinderella”), China, Spain (a tribute to Michael Flatley’s “Lord of the dance”) and Israel (“White noise” Vertigo Dance Company repertoire). Her ballet training was with M.Fyodorov and A.Strokin – nationally recognized ballet teachers in Russia. Her contemporary dance training in was with  the contemporary dance company “Kauri” (Russia) and at Vertigo International Dance Training Program (Israel). In Russia, Inna was a successful teacher and choreographer. Her works won awards at regional and national dance festivals and competitions. Since Inna found her passion in dance she has continued to develop her dancing and teaching skills at numerous workshops in Russia and around the world. She moved to Austin, TX in 2013. The desire to share her knowledge, encourage, and inspire young dancers brought her to United States. Inna teaches Contemporary, Modern, Jazz, Ballet,  Improvisation, Barre Pilates and is currently a member of Lotus Contemporary Dance Company and is working with "The Bridge" Dance Project.

Becky Johnson is originally from Ann Arbor, MI where she received her early training from Marjorie Randazzo, and later from Anthony Randazzo. From there she attended Virginia School of the Arts where she studied under Petrus Bosman, David Keener, Martha Faesi, and many incredible guest teachers such as Franco De Vita, Lorraine Graves, and Joy Ludlow. Becky also attended summer programs at Pacific Northwest Ballet, Charleston Ballet Theater, and Ballet Austin, as well as the CCA Summer Intensive.
Becky spent one season as an apprentice with Charleston Ballet Theater before joining Ballet Austin in 2003 as a trainee and then becoming a member of Ballet Austin II in 2004, and finally joining the main company in 2006 where she danced until retiring in 2017. During her professional career Becky had the opportunity to perform in many classical and contemporary works by choreographers such as George Balanchine, Twyla Tharp, Annabelle Lopez Ochoa, Stephen Mills, Septime Webber, Amy Seiwert, among others. She especially enjoyed dancing as Gertrude in Hamlet, Bluebird in Sleeping Beauty, Snow Queen and Sugarplum in The Nutcracker, Hippolyta in A Midsummer Night’s Dream, and Myrtha in Giselle. In 2014 Becky received an Austin Critic’s Table Award for Outstanding Dancer for her work as Myrtha and Hippolyta. Becky also graduated with a bachelor’s degree from St Edward’s University in 2011 and enjoys spending time with her husband and two small children. 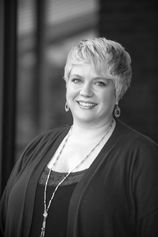 During her nine years at Saint Mary's Hall in San Antonio, Ms. Merlock directed the Cecchetti Ballet program as well as managing the dance department office and teaching classes. Her extensive dance training began at age three with the University of Utah under Virginia Tanner’s Creative Dance Program, and continued through the Ballet West (Christensen) Academy’s pre-professional track. At the Ballet West Academy, Ms. Merlock had the privilege of studying under Willam F. Christensen, Tenley Taylor, Suzanne Erlon-Key, Barbie Hamlin, and Bene Arnold, each of whom has left an indelible imprint on the face of American Ballet. Ms. Merlock performed in various Academy performances and with Ballet West’s annual production of The Nutcracker. She participated in local, regional, and state pageants earning scholarships and winning awards for choreography and talent. Her love for choreography began in high school, and she has continued to avidly pursue dance education in ballet pedagogy, choreography, modern dance, lyrical, jazz, and tap. During her tenure at Saint Mary's Hall, she choreographed contemporary pieces for YAGP participants, and was a rehearsal assistant and assistant stage manager for multiple full-length productions. One of Ms. Merlock's students was recently accepted to the Bolshoi Academy for her senior year. Ms. Merlock holds the Professional Elementary Teacher Certificate with the Cecchetti Council of America. She looks forward to working with the One Academy community! 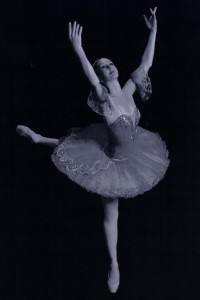 Deidre began her studies in Houston, TX with Margo Marshall, Madame Seminova, James Clouser and Patsy Swayze. She also studied jazz and musical theater with greats Frank Hatchet, Gus Giordano and Alvin Ailey. A graduate of the High School for the Performing and Visual Arts in Houston, Ms. Robinson’s career has included many dance forms, movies, commercials, touring shows and eight different countries. She performed and toured extensively with the Houston Jazz Ballet Company under the direction of Patsy Swayze, dancing in numerous ballets including Spartacus, Kismet, Spring Waters and Raymonda Variations. Joining the Houston Ballet under the direction of James Clouser, then Ben Stevenson, Deidre’s roles included the Peasant Pas de Deux from Giselle, as well as performances of Caliban and Carmina Burana.
Summers had her touring with Theater Under the Stars productions of Music Man, Gi Gi, My Fair Lady and Carousel, under the direction of Roger Rabe (Director of Broadway’s Best Little Whorehouse) and Bruce Lumpkin (Director of Nine on Broadway). She was featured in a national commercial for Astroworld and appeared with John Travolta in the movie Urban Cowboy. A move to Los Angeles landed her in the touring production of Jesus Christ Superstar and subsequently with a principal role in Bally’s Las Vegas production of Hollywood Jubilee. She also performed and toured with the Jean Carlos Flamenco Ballet Company of Caracas, Venezuela. She returned to the United States in 1987. In Austin, she was invited to join the Austin Contemporary Ballet while she directed its junior company, Texas Youth Ballet.
Additionally, Ms. Russell Robinson has choreographed several musicals for the Capital City Playhouse and Kid’s Acting such as Fiddler On the Roof and Westside Story. Deidre shared her wealth of knowledge and love of dance through her own studio, Austin Dance Arts, 2003-2008. She is proud to be a member of the International Dance Council, Classical Dance Alliance, Texas Association of Teachers of Dance and the Cecchetti Council of America.